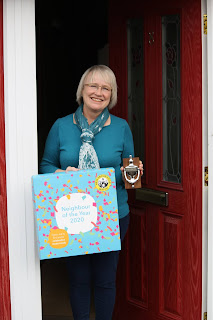 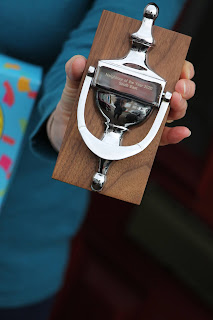 Hilary, a retired teaching assistant, has lived in Bexleyheath for forty years. She has been involved with many voluntary activities in her local area, including running a Rainbows group, organising regular coffee mornings to raise money for MacMillan Cancer Care, and helping with the Mayor of Bexley’s Christmas Tree lighting programme – a venture that raises money for local charities.

Hilary also has been busy during the Pandemic lockdown, cooking meals for an elderly and vulnerable neighbour who is unable to cook for themselves. She has also been helping other vulnerable neighbours by going shopping for them, collecting medical prescriptions and delivering parcels.
If this was not enough, Hilary has also received praise from her local Co-Op supermarket, where she has managed to catch two shoplifters in the act. The story of Hilary Haslam winning the National Neighbour of the Year award was featured extensively on ITV National News. Hillary’s daughter Emma, who nominated her for the award said “Hilary is an amazing neighbour. She is such a special lady. She’s a pillar of the community. Hilary is always looking out for her neighbours, and always the first to volunteer her help.”
Bexley Borough Neighbourhood Watch Association are proud of Hilary’s work in her community, and that she has been recognised with the award. She is a longstanding Neighbourhood Watch member.
Ourwatch : South East’s Neighbour of the Year is Hilary Haslam.